Nice to meet you!

By signing up, you agree to Time Auction's Terms of use

Donating and logging past volunteer hours earns you Karma Points, which you can then use to bid on auctions. $1 donated earns 1 Karma Point and 1 hour volunteered earns 10 Karma Points.

Bid your Karma Points to meet inspiring people, such as humanitarians, entrepreneurs, athletes, or artists. Most auctions allow every bidder to win if the goal is reached.

Time Auction is all about priceless experiences and rewards for the priceless philanthropy you do. Depending on the auction, meetings are done virtually or in person... or both!

You have already bid the maximum of 99900 Karma Points.

Get your friends to join you!

Meet an Award-winning Entrepreneur and Philanthropist

Make a bid
How it works
Browse all auctions
Share

This auction has ended. It collected 60 volunteer hours.

Lunch or Skype session with Michael

Grab a light lunch with Michael or chat with him over Skype. Feel free to ask him questions about his entrepreneurial past, why he started TIG, or what his vision for the future of education is. The Skype calls will be roughly 30min. in length while the lunch will be roughly an hour, though bidders need to get themselves to Toronto if they want to have lunch with Michael.

Excited to be part of a @TimeAuctionOrg auction to encourage #volunteering! You can bid for a lunch with yours truly: http://t.co/5GadyGXuuT

Michael Furdyk sold a startup at 17, then started TakingITGlobal, a charity reaching almost 50m people. He's been on Oprah & spoken at TED.

Michael Furdyk is the Co-founder of TakingITGlobal (www.tigweb.org), which provides innovative global education programs that empower youth to understand and act on the world's greatest challenges. In the past, he turned his interest in technology into several successful online companies, including MyDesktop.com, which sold to Internet.com in 1999. In 2008, he was named by Contribute Magazine as one of 10 Tech Revolutionaries Redefining the Power and Face of Philanthropy.

Michael has appeared on the Oprah Winfrey Show, presented at TED, and was named one of Teen People's "Twenty Teens that will Change the World". Over the last decade, he has keynoted over 100 events across sectors, sharing his social media expertise and insights on youth engagement and educational reform to audiences in over 30 countries. He sits on several non-profit boards, including the Re-Inventing Schools Coalition, and on the International Advisory Council for Microsoft's Partners in Learning program.

A couple profiles of TakingITGlobal Co-Founders, Jennifer Corriero and Michael Furdyk. One by TVO and the other by CBC.

Michael grew up using technology from a very young age. He got his first computer (a Commodore 64) when he was 2 years old. As the Internet exploded in popularity, he started a technology magazine online with a group of friends called MyDesktop.com. After selling that company in 1999 to Internet.com, at age 17, he realized that many young people didn’t have the support (family, friends, school) for their ideas and ambitions that he did, and so he co-founded TakingITGlobal.org as a charitable organization. It’s an online community to network and support young people to get involved in global issues and realize their potential. TIG is now a global online community for young people, engaging hundreds of thousands of youth in over 200 countries and territories.

Michael has shared his opinions about Youth Engagement and experiences as a member of the Net Generation by speaking at dozens of events, including the World Congress on IT, the US Government's National Youth Summit, Microsoft's Anytime, Anywhere Learning Summits, and The Business Council. He has made numerous media appearances, including Time Magazine, Fast Company, BusinessWeek, CNN, MSNBC, and USA Today.

Michael is passionate about helping companies develop meaningful Corporate Social Responsibility initiatives that impact the issues he cares about - education and the environment. He has also volunteered to help a number of charities and non-profits use technology effectively.

You can read more about Michael on his personal website: http://www.furdyk.com/ 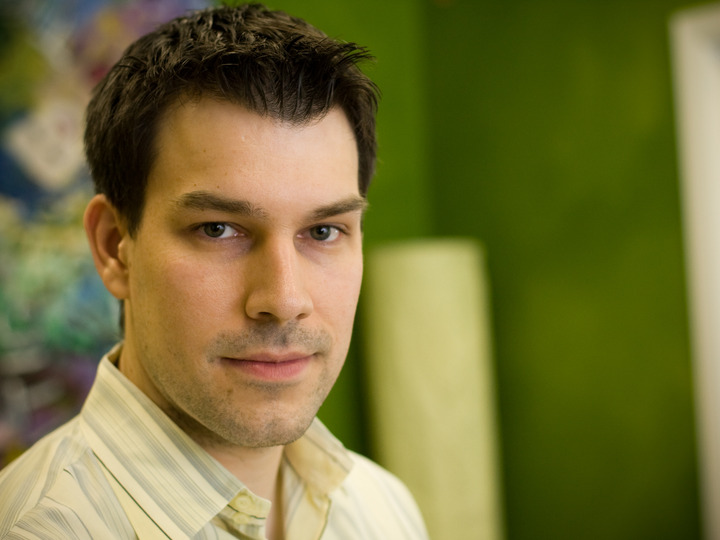 Bidders who wish to have lunch with Michael in person need to be able to get themselves to Toronto in order to receive their reward.

Testimonials from other auctions (Read more)

Get notified of new auctions

Lunch or Skype session with Michael

Grab a light lunch with Michael or chat with him over Skype. Feel free to ask him questions about his entrepreneurial past, why he started TIG, or what his vision for the future of education is. The Skype calls will be roughly 30min. in length while the lunch will be roughly an hour, though bidders need to get themselves to Toronto if they want to have lunch with Michael.

Testimonials from other auctions (Read more)

Get notified of new auctions

...as viewed on Internet Explorer 8 or below.

Time Auction works best on modern browsers such as Chrome, Firefox, or Internet Explorer 9 and above.

Look forward to seeing you there :)